Alex Pentland is one of the seminal thinkers in data privacy and AI. His thought contributions are cited as helping form some of the concepts in Europe's sweeping privacy regulation.

In Osano's tradition of naming its product updates after privacy heroes, our Jan. 26 product announcement is called the "Pentland" release.

But who is Alex Pentland? In case you end up at a privacy trivia night (they're a thing, and they get heated), it's essential you know a bit about him. After all, he's a visionary helping to push ideas forward with data-based experiments with conclusions on how we could and should regulate privacy without losing the valuable insights personal data can provide for the betterment of all of our lives.

A world-renowned data scientist and professor at MIT (where he earned his PhD), Pentland is highly revered for his work on data privacy, artificial intelligence and big data. He's also credited for his thought-leadership prior to the drafting of the EU General Data Protection Regulation at the World Economic Forum discussions in Davos.

Importantly, Pentland authored a 2006 paper, "Reality mining: sensing complex social systems," which looked at how much you could learn about a community by tracking behavior via cell phone. It was groundbreaking in its revelations that phones carried rich enough data to gain insights into their owners. He calls this "behavior mining" rather than "data mining," as outlined in a 2014 profile about Pentland in The New Yorker.

Wrote Pentland of his research, "Around the world, many of us live our lives in digital networks. We wake up in the morning, check our email, make a quick phone call, commute to work, and buy lunch. Many of these transactions leave digital breadcrumbs—tiny records of our daily experiences. Reality mining, which pulls together these crumbs using statistical analysis and machine learning methods, offers increasingly extensive information about our lives, both individually and collectively."

Realizing the impact that behavior mining could have, both good and bad, Pentland emphasized the importance of data ownership, back before it was a trendy concept to bring up at panel discussions. He proposed a "new deal" on privacy, citing that "not all people who want access to the data do so for altruistic motives … ." He called for companies to play a key role in helping individuals assert ownership over their data, either by incentivizing users to share the data companies (and governments, and advertisers) might want access to or by granting the users explicit rights over their data, such as the right to having full control over the use of their data via "opt-in" consent models.

Those were novel ideas at the time. It's easy to forget that given that those are the kinds of provisions we see now in laws like California's Consumer Privacy Act and Europe's General Data Protection Regulation (GDPR). Pentland is credited with influencing the drafting of the GDPR via his work co-hosting the World Economic Forum discussion in Davos, prior to its 2018 passage.

Pentland has always remained careful to articulate that privacy concerns need not prevent data from providing value to society. Instead, he sees great value in what he calls "data commons," where insights are gained by anonymized data sets used for the public good and supplemented by individuals who've opted-in to the use of their data.

In 2011, he was named one of the world's most powerful data scientists by Forbes magazine. His work has heavily influenced further research; Google Scholar indicates more than 133,000 citations of Pentland's work. 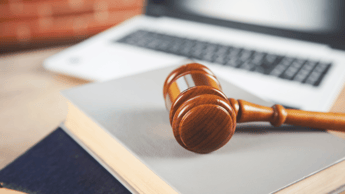 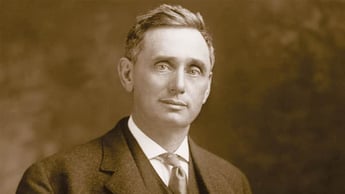